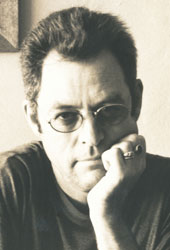 He translated Moliere's The Miser for the 2004 STC production directed by Jean-Pierre Mignon.

Feature film credits include Heatwave and On The Loose. He is recipient of a "Distinctly Australian" Fellowship from the Australian Film Commission.

Tim founded the band XL Capris, best known for the cult classic My City Of Sydney, the only Australian disc found in legendary UK DJ John Peel's "battered wooden box" of favourite 45s when, following Peel's death, the contents of the box were revealed in a Channel 4 television special.