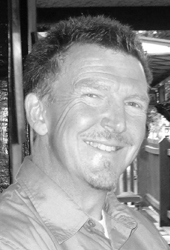 John's career of almost forty years has seen him in numerous professional acting roles, as an assistant director on TV mini-series, and in the very privileged positions of Theatre Educator, Acting Teacher, and Head of Drama at an Independent School in Adelaide, South Australia. John continues to enjoy the interplay between these roles but is devoting more time to writing and producing.

A number of John's plays have been written specifically with the view to extending young actors’ skills, enjoyment and appreciation of theatre. Among these was the well-received Miles Away which, having started life as a one-woman play, commissioned by actress Renee Gentle for the Adelaide Fringe, 2014, was developed to a piece for a cast of sixteen.

As an Acting Teacher, John is frequently sought by South Australia’s foremost acting agencies and specialises in working with actors, young and old, toward attaining industry standards of performance. Currently, John has several TV projects in development, with one, 39.3 Degrees, 6 pm, of interest to a producer in Stockholm, Sweden. John is grateful to have a number of scripts published by the Australian Script Centre.