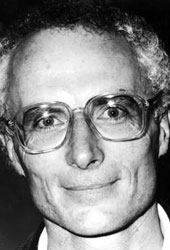 In 1968, Buzo’s first play Norm and Ahmed was among the first to find a truly Australian voice and gained national attention primarily through a prosecution for obscenity. The exploration of alienation in this play remained a common theme in his work, often delivered with clever and stylish use of the Australian idiom and a tireless commitment to reflecting the true nature of Australian society.

In 1972, Buzo was awarded the Australian Literature Society's Gold Medal for his play Macquarie. His plays include Rooted (1969), The Front Room Boys (1969), Coralie Lansdowne Says No (1974), Martello Towers (1976), Makassar Reef (1978), Big River (1980), The Marginal Farm (1983), Shellcove Road (1989) and Pacific Union (1995) His work has been produced around the world including the USA, the UK and South East Asia. He was also writer-in-residence at many theatre companies, schools and universities.

The Buzo canon spans many literary genres and also includes novels, film scripts, reviews, radio plays, travel writing and several books on sport, language and theatre. His opinions on a wide range of subjects were much sought after by all the major Australian newspapers, magazines and radio stations. His popular books Tautology (1981), Meet the New Class (1981), Glancing Blows (1987), The Young Persons Guide to the Theatre (1988), Kiwese (1994) and A Dictionary of the Almost Obvious (1998) reflect his unique presence in the Australian arts as the witty and astute observer of Australian life and language.