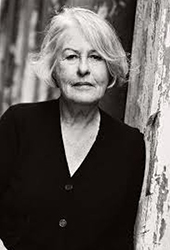 Anne Harvey began her career as an actor at Melbourne University where she performed rather than studied and wrote review sketches and songs. Music and song have remained integral to her playwriting. After working in intimate review, television, popular theatre and the Union Theatre (now the Melbourne Theatre Company) and the Elizabethan Theatre Trust she acted and directed for The Theatre Royal, Hobart and wrote and directed for theatre restaurants in Brisbane. Her first script for Theatre in Education I’ll Be In on That (a light hearted but committed history of the Australian Trade Union Movement) was commissioned by the Tasmanian Theatre-in-Education Company (later known as the Salamanca Theatre Company) under the direction of Barbara Manning, as was I Must Have Of My Own.

Her plays have been commissioned and subsequently performed by Theatre in Education and Community Theatre companies, the Q Theatre, Sydney, (True Patriots All) The South Australian Theatre Company, (Uncle Hector and the Bohemians.) Bella Vista (as Buena Vista) was performed in the second season of the Playbox Theatre, Melbourne.
Anne has also been commissioned as a researcher/ writer of oral histories of the New South Wales Coal miners and the aboriginal community of Gulargambone, NSW. She has been a teacher/lecturer and a tour guide for cultural tours to Italy.

Anne was Artistic Director of the Australian National Playwright’s Conference – (1984-1988). She received a Doctor of Creative Arts, Wollongong University 2007. Her first novel Travelling with the Duke was published in 2010 by Random Press.
Her work as a playwright aims to combine political and social issues with entertainment based in comedy, music, songs and character driven drama.