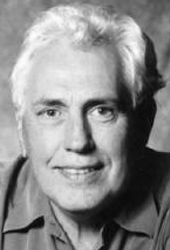 Frank Hatherley is a Sydney writer/director/critic who has spent most of his working life in Britain. Brisbane born (in 1941), Sydney raised, his multi-media career in England covered radio journalism, acting, theatre directing, television drama producing with the BBC and Thames TV, and a university senior lectureship in television production.

He won a coveted ABC Trainee Director Scholarship in 1967 which took him to the excellent Sheffield Playhouse where he staged many plays, modern and classic, later becoming Associate Director. He was a Producer in the BBC TV Plays Department at the height of its 70s fame and prestige, producing many one-off dramas and series, including the BBC/ABC co-production THE EMIGRANTS, about an English family settling in Sydney.

In 1979 he accepted a short-term Senior Lectureship with the Polytechnic of Central London to run television courses on its renowned Media Studies course. The Polytechnic became the University of Westminster and the ‘fill-in job’ lasted 18 years. During this time he wrote plays and musicals, some commissioned by theatre companies in Sydney and Melbourne.

Since returning to Sydney in 1997 after an absence of 34 years, he has continued to write Australian drama, often under the enthusiastic prompting of David Spicer Productions. Frank is a member of the Film Critics' Circle and writes reviews of new Australian movies for the London based Screen International.