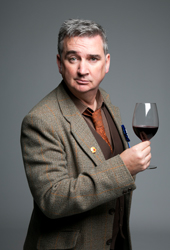 Damian Callinan is a multi award-winning stand-up comic, actor and writer. He is best known to TV audiences for his roles on Skithouse and Before The Game as well as regular guest appearances on shows such as Spicks and Specks and the Melbourne Comedy Festival Gala. He is also a regular contributor on 774ABC Melbourne.

However it's for his prolific output of live shows that Callinan is best regarded. His most decorated one man show The Merger which earn him his third nomination for the prestigious Barry Award at the Melbourne International Comedy Festival is currently in development to be made into a feature film to be shot in 2017 & directed by Mark Grentell. His other award winning shows include Sportsman’s Night [Barry Nomination & Best Comedy Melbourne Fringe] Spaznuts [Piece Of Wood Comedians Choice Award at MICF] Proxy Heroes [Barry nomination] and his comedy dance show The Cave the Rave [ABN Amro Edinburgh Foreign Exchange Award]

In 2015 Damian toured nationally with The Merger [SA & Vic] and The Wine Bluffs [SA & Vic] (sold out Melbourne Fringe ). However The Lost WWW1 Diary [TAS, Vic, SA & WA] has seen him clock up the most KM's. As he toured this critically acclaimed work during the Gallipolli Anniversary, he has picked up a nomination for Best Comedy at Perth Fringe and earnt a planetarium of 5 star reviews.

2016 has been successfully hectic with Damian picking up a nomination for The West Australian Editors Choice Award at Perth Fringe for The Merger completely sell out a season of The Wine Bluffs. His new work Swing Man premiered at The Malthouse Theatre at the Melbourne Comedy Festival to big houses and critical acclaim and has been picked up by RAV for national touring in 2018.