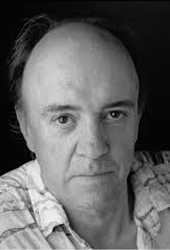 Richard Murphet has been engaged in writing and directing contemporary forms of theatre for the past 3 decades. His plays include Quick Death, Slow Love, Dolores and the Department Store, The Inhabited Woman (with Leisa Shelton) and The Inhabited Man. His plays have received productions throughout Australia and internationally. Murphet has also directed theatre in Melbourne, Sydney, Adelaide, Toronto, New York, Utrecht and Ghent.

Murphet is an Honorary Lecturer in Performing Arts at the Victorian College of the Arts and Music, University of Melbourne. He was Head of Drama at the VCA (2007-2009), Head of Postgraduate Studies at the VCA (1996 – 2006), a member of the Australian Performing Group (1975 - 81) and the Artistic Director of the Mill Theatre Company (1985-87).