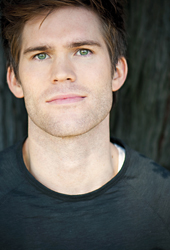 Kieran Foster first appeared on stage in 1998 as one of the authors and performers of 'Rated X' at Shopfront Theatre. The show was a success and went on a National Tour. It was here that the young Kieran got his first taste of writing.

In 2016 Kieran and his friend Tara Clark finished co-writing 'Drift', which was selected by The Australian Theatre for Young People (ATYP) for their Cameo Season. 'Drift' was directed by Tara and produced by Two Peas Productions.

Watching 'Drift' for the first time was one of Kieran’s proudest moments. Witnessing the characters and words come to life was a surreal and moving experience that he’ll never forget.