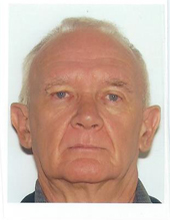 Malcolm Purcell lives on the Gold Coast where he plays cricket for its Over60s team and volunteers at the local library. He has BA(Hons) and MA degrees from the Flinders University of SA, and the Cambridge/RSA CTEFLA. He has worked as a taxi driver, high school teacher, charity collector, window cleaner, ABS interviewer, servo-attendant, TAFE tutor, ESL teacher in Australia, Asia, the Middle East and London, and for an advertising agency and an abattoir.