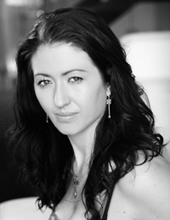 Debra is a Melbourne-based writer, actor, dramaturg and publishing professional. She completed her Master of Fine Arts (Writing for Performance) at the National Institute of Dramatic Art in 2014, under the tutelage of Stephen Sewell. At NIDA, Debra completed her first full-length work, The Man’s Bitch – which won Sydney Theatre Company’s prestigious 2014 Patrick White Award. From this, Debra has gone on to pen Slumber under commission from STC, which will premiere as part of Power Plays in STC’s 2016 season. Recent credits include Little Bitch (Co-writer & Dramaturg, NIDA), Home Invasion (Dramaturg, LaMama), as well as works created with Aboriginal Centre for Performing Arts and iCinema.

Debra also has extensive acting experience – and with her focus currently residing in the fostering and development of women’s stories, she has recently co-created Melbourne-based theatre collective Lady M Theatre Company, which will premiere its first production in 2016. Debra is currently writing a new play as well as a novel, and is in pre-production for her web series, The Matriarchs. Prior to NIDA, Debra completed her Post-graduate Diploma in Publishing and Editing at RMIT in 2012, whilst working in publishing with Australian and international authors. Debra also completed her Bachelor of Arts (hons) in Drama & Theatre Studies and Creative Writing at Monash University in 2009.