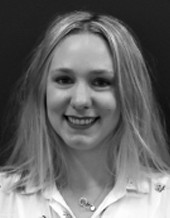 Clara has achieved the following in playwriting and theatre:

A residency with Shopfront Contemporary Arts Centre in Sydney in 2010. Wrote and directed The Dirty (2009) and performed in A Dark Day’s Knight (2009) with the university drama society. Directed Soaking In It (2010) in Short + Sweet and attended Queen Street Studio’s playwriting workshop with Caleb Lewis. Worked with Playwriting Australia and Kate Gaul as an intern on the creative development of a play by Fiona Stewart, a Tasmanian playwright and performer. In January 2011, worked again with Playwriting Australia in collaboration with SydWest Multicultural Services in Blacktown to develop the ideas and plays of a group of inspiring young people. Completed a playwriting workshop with Hilary Bell to develop a play about birds on apricot hill. Wrote and directed a play for Sydney Fringe 2015 entitled “Strip!” with Jane Eastwood as producer and Hilary Bell as dramaturg. Currently writing a play about a nail salon as well as writing poetry.