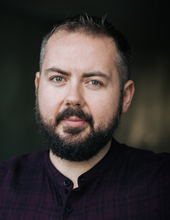 Ben's first play "Pick A Card" won 3rd prize in the St Martins Playwriting Competition in 2002. In 2004 he was commissioned to write "Short Trip" for St Martins' as part of the Scattergun Project, which took out St Martin's Best Play that year. "Go, Fish" was short listed for St Martin's Play of the Year in 2005. Also in 2005, he was an Australian delegate at World Interplay – an International Playwrights festival, was invited by the Melbourne Writers Festival to be a guest speaker and panelist and was listed by MX magazine as one of the top 10 emerging writers to watch out for. In 2006, with Riverland Theatre Company he was asked to cowrite and dramaturge "HOONS" which was performed at Adelaide Fringe Festival in 2007. Ben's work has also been performed and received workshops throughout Australia, New York and Canada. "interrogation' his award winning piece for the 2004 Melbourne International Fringe Festival was translated into Spanish, adapted to a short film shot in Mexico.