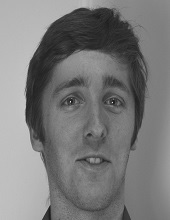 I began performing in theatre at age 10, acting in the school play. Since then, I have been studying performance tirelessly for well over a decade, having done countless plays, monologues, and improvisation performances with professional training. In recent years I expanded my skillset to a myriad of other theatrical roles, including directing, producing, stage management, and of course writing. Many of my productions have been put on with the Lighthouse Theatre and have received overwhelmingly positive reviews from paying audiences. My writings vary wildly in genre and tone from comedy to slice-of-life and even cosmic horror, as I'm always looking to write something interesting that you wouldn't normally see in theatre, experimenting with new techniques to bring shows to life.