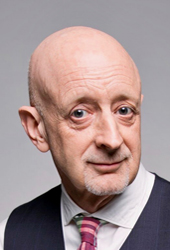 In 2017 Paul wrote and featured in the final episode of series one of Ambience Entertainment’s television series DROP DEAD WEIRD.

From 2007-2010 Paul was a co-writer on the animated feature film HAPPY FEET TWO (released in cinemas November 2011) creating the characters of the krill, Bill & Will voiced by Brad Pitt and Matt Damon. Penguin books released Paul’s novelisation of the screenplay, HAPPY FEET TWO: THE NOVEL in October 2011.

Paul has written nine radio plays to date, all produced and premiered on ABC’s Radio National Airplay program from 2005-2012.

In 1996 Paul was the joint winner of the Sidney Myer Performing Arts Award for outstanding achievement in the performing arts in Australia.

In 2010 Paul was a finalist for the AWG/Kit Denton Fellowship Award.