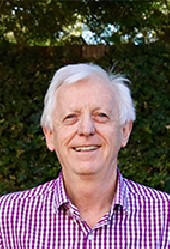 Roger Vickery has won over 70 awards for stories, poetry and scripts and been published in numerous anthologies, magazines and sites in Australia and overseas.

His recent short story successes include the Boroondara, Waterline, Gabo, Sandra Harvey (Crime), City of Albury and Henry Lawson awards. A Nest of Skunks was based on his winning entry in the latter competition.

Roger’s monologues have been finalists in the Australian Solo Monologue awards. One was selected for the 2018 Los Angeles Raw Bites Road-Trip Monologues show. The two plays he has co-written with James Balian – A Nest of Skunks and Mum, Me and the I.E.D – had very successful Sydney seasons in 2016 and 2018, respectively, earning glowing reviews and very gratifying box office results.

The draft for A Nest of Skunks came equal 2nd in the 2015 FAW National Literary awards for best script in any genre.