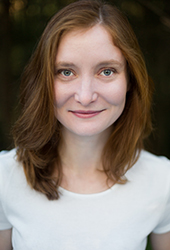 Clancy is a Melbourne based writer and actor who Majored in Drama at La Trobe University and continues to study regularly at TAFTA and NIDA. Her recent acting credits include the Owl and Cat Collective’s critically acclaimed show Choice and the Bad Girl’s Club’s debut season of Blackout. Her written works have been performed at a number of events including Melbourne Fringe Festival and include black comedy Amnesia, period drama The Last Romanov, thriller The Mouse and The Passage: an adaptation of Bram Stoker’s Dracula.