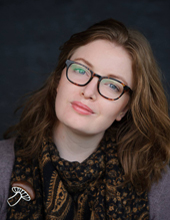 Fleur is an award-winning playwright, a director, a dramaturge and arts commentator. She holds a postgraduate diploma of directing and a Masters in playwriting from the VCAM.

She is a lecturer at Monash Centre for Theatre and Performance and the co-founder of Lonely Company, working to support emerging playwrights create sustainable careers.

In 2019 her play Whale premiered at Northcote Townhall and her production of Slaughterhouse Five was remounted at Theatreworks. Her opera, Daphne, will premier with South Australia's Co-Opera in September. In 2018 her play, Terrestrial, toured South Australia with the State Theatre Company of South Australia and Yours the Face received a new production in Sydney.

She appears fortnightly on 3RRRs Smart Arts with Richard Watts.