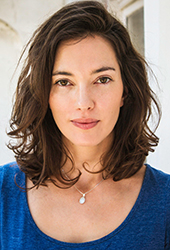 ZOE PEPPER is a writer and director for film and theatre. She is drawn to morally complex stories that expose the contradictions of human behaviour. She is a recipient of Screenwest’s prestigious Feature Navigator program and an Australia Council Creative Australia Fellowship.

Zoe is the artistic director of Side Pony Productions, the company she creates her theatre work through. For screen Zoe directed and co-wrote The Big Spaghetti which premiered in the USA at Slamdance Film Festival. For this work Zoe was awarded an Australian Directors’ Guild Award for best direction in an Online Comedy Series.