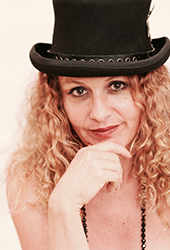 Tiffany's play DIVA won a Fringeworld West Australian Arts Editors Award and was nominated for a PAWA Best New Play Award in 2014. It toured to London, Melbourne and New York. Her play Metalhead was nominated Number Four in Best Perth Plays of 2015 and won her lead actor Clarence Ryan a Best Actor award at Fringeworld. Her play Polly's Waffle sold out at Fringeworld and toured to New York Fringe where it was favourably reviewed. Her play Run Kitty Run was nominated for a Best New Play Award by PAWA in 2007. She was nominated for the Guildner/Coigney International Women Playwrights Award in 2015. Her play The Garden also sold out at Fringeworld. Her short story The Hammam was published in Best Australian Stories 2004 and she has also had fiction published in Cosmopolitan an Australian Women's Forum. She has written many plays for children and taught creative writing to indigenous school children in remote areas and indigenous prisoners. She graduated the Curtin University Creative Writing Major BA in 2005 and recently completed a Masters in Performance Writing at the Victorian College of the Arts.