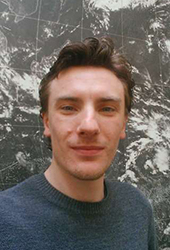 Rohan Byrne is a Melbourne-based independent early-career playwright specialising in tragicomedy, satire, adaptations, creative nonfiction, and science-meets-art projects. He is a multiply-awarded alumnus of the University of Melbourne’s prolific Union House scene (2012 - 2016) who now balances his growing writing career with a PhD in planetary geophysics and several professional science communication roles. In 2018 his adaptation of RUR became a tentpole event of National Science Week, while his newest play, Time to Eat, enjoyed a public preview at the Arts Centre in 2019 and is presently in development.