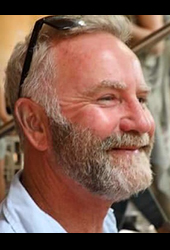 James (Jim) Lawson is a writer, performer, creative producer and educator. He is the Creative Director and founder of Vessel and Artistic Director of Play for Australia. His works for the stage include The Crossing; Trade Off (commissioned by Woolly Jumpers Theatre Co.); Nightmarkets (adapted from Alan Wearne’s verse novel); Trrrifffic! for Play for Australia & a range of original works for the Melbourne International Comedy Festival. Vessel delivers writing workshops across Victoria as part of the Play for Australia Project - commissioning playwrights & developing and supporting emerging voices for the stage.