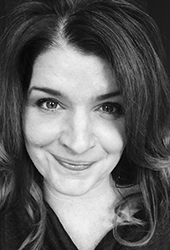 With a background in theatre and a passion for developing thought-provoking original works, Karen searches for truth in characters and simplicity in storytelling. Inspired by personal stories often left untold, she weaves a narrative that brings to light the complexities of private tales.

Karen was long-listed by the Sydney Ensemble Theatre Initiative (2016) with her first ensemble piece TALKING WALLS. TRUTH was presented as part of the New Australian Works at The Parks Theatre, 2018.

Currently the Education Specialist for Windmill Theatre and previously an Artist in Residence with Internationally touring Slingsby Theatre Company, Karen swings between Stage and Screen. She is in development of a fabulous new long-form television series, just completed a feature-film (drama) ready for market and is in the embryonic stages of creating a web-series that might raise some eyebrows...

And to keep things interesting, she closed a sell-out show as the Dramaturg/Director for - UNSUNG - a fabulous show that celebrated women in song and premiered at the Adelaide Festival Centre in June 2019.