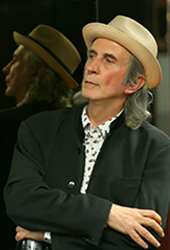 In 1987 he wrote and produced the movie Boulevard of Broken Dreams (1988) which was nominated for 7 AFI Awards including Best Film. It eventually won two. From there, Howson wrote and produced Heaven Tonight (1989) - the first Australian film ever sold to American Broadcasting Corporation, What the Moon Saw (1990) - the first Australian film sold to Miramax, Hunting (1991) (which he also directed) - sold to Paramount, Beyond My Reach (1990) - Warners, Flynn - (1996) (also directed) - Village Roadshow - and others.

In August 2009 Howson was awarded the Lifetime Achievement Award by the Melbourne Underground Film Festival, and his film, The Nigel Diaries - The Making of Remembering Nigel won the Best Documentary Award.

Frank Howson’s big-budget musical Dream Lover (the Bobby Darin story) premiered in Sydney, October 2016, directed by Simon Phillips, and became a smash hit, receiving standing ovations at every performance. Dodd Darin (Bobby’s son) flew to Sydney to see it and emotionally thanked Howson for getting every detail right and giving his father the legacy he’d always deserved. It opened a year later at the State Theatre in Melbourne and broke the all-time box office attendance record in the history of that theatre.

He has spent most of 2019 writing a new book, which now has international representation.