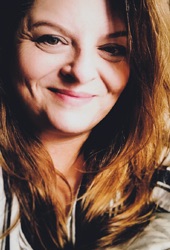 Kerry writes for theatre, film and TV and has a PhD in animation. Her first full-length play, STRAWBERRY (2018), had its World Premiere at Williamstown Little Theatre in September 2019. The play went on to enjoy a successful and critically acclaimed run. Kerry's short play HALF of ME, based on Strawberry, was selected for PlaySix (2016). HALF OF ME, has since been produced as a film trilogy with HALF of HER(2018) and ALL of ME (2018). The films are currently having a successful festival run, including selection at the St Kilda Film Festival a recent Best Screenplay Nomination (Maverick Movie Awards).

ROCKET (2019) featured in Madwomen Monologues, and Voices of Women. PUNCHED (2020) has been selected for Wyndham Theatre's 'Short Works Series'.

Kerry has worked on a number of features, including Pirates of the Caribbean – On Stranger Tides, Bunny and the Bull and Great Barrier Reef (2018), narrated by Eric Bana and produced by December Media. Kerry is in development on a one-act play, BROTHERS (drama) and full-length, NOK (drama) and several TV and feature film screenplays.

Originally from the Wirral, Kerry now lives and writes in Melbourne, Victoria.