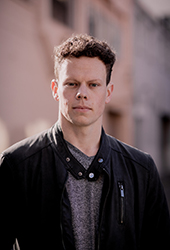 Andrew Hinze has two sides. Writer and Actor. He started acting in July 2017. Andrew fell in love with acting and began to write in order to create more opportunities to act. Since then he has honed his craft in short films and one act plays, with his first performed piece being Such Is Life, which was performed at a one act play competition at OneFest 2018. Following the positive feedback from OneFest, he wrote the first draft of Knight one weekend. In April this year, 2019, he decided to produce the play and with the help of Maxwell Black Theatre it was successfully performed, in October, over three days within the courtyard of Coterie and Co. Andrew has featured in stage productions, short films and ads.