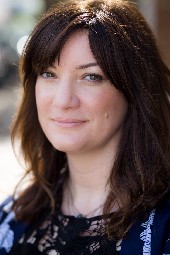 Alison Rooke is a writer and dramaturg from Sydney. A graduate of NIDA Playwrights Studio and AFTRS (Screenwriting), Alison also has a Master of Arts (Creative Writing) from UTS. Her plays include, You Are Here (Stories from the 428), Apples and Onions (Brand Spanking New), Sharks Can Smell Fear (Bare Boards Brave Hearts Festival), and Combat Fatigue (Sydney Fringe Festival). She has been an Inscription Edward Albee Playwriting Scholarship finalist and her short film Apples and Onions was released in 2016.

​Her play The Blackbird and The Whale was selected for the prestigious National Script Workshop (Playwriting Australia) and has received support from the Rodney Seaborn Playwrights Fund. It was also a finalist in the 2017 Silver Gull Awards. Her screenplay Firebug was a finalist in the 2017 Smart For a Girl: Roar initiative. She was a founder and artistic director of Somersault Theatre Company and was the recipient of an Australia Council for the Arts JUMP grant. Alison teaches writing at NIDA, AFTT and Darlo Drama and works as a freelance dramaturg.

The world premiere of her latest work, Slow Burn will be performed as part of Flight Path Theatre's 2020 season.