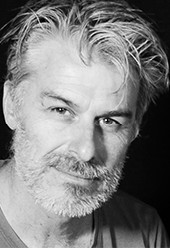 Matt Hawkins is a playwright, screenwriter and lecturer. He has spent the last twenty years not only writing and directing his own work but also developing the work of young actors and screenwriters. He has written extensively for the stage and television in Australia, UK and Ghana. His credits include Always Greener (7 Network), Life Support (SBS) and The Micallef Program (ABC). He was script editor, writer and show runner for the hit Ghanaian TV series Different Shades of Blue (GTV - Sparrow Productions). His stage plays include The Singularity (Thieving Dingo, London, 2005), Frank Forbes and the Yahoo Boy (SA Playwrights, Adelaide, 2018) and Bordertown (SA Playwrights, Adelaide, 2019).