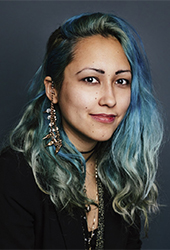 Anchuli Felicia King is a playwright, screenwriter and multidisciplinary artist of Thai-Australian descent. As a writer, Felicia is interested in linguistic hybrids, digital cultures and issues of globalization.