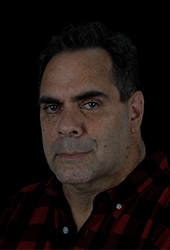 H Lawrence Sumner is a writer and former teacher, with original works in theatre and song, as well as experimenting in film.

A directing graduate of NIDA, ‘H’ has been involved in performing and creating theatre since 1992, most notably with the Adelaide Theatre Guild, Magpie Theatre, State Theatre Company of South Australia and Sydney Theatre Company.

He has a Bachelor of Education in English and Drama and is also a former lecturer of the University of South Australia, coordinating and lecturing in Aborigines, History and Colonialism and Social Contexts in Education.

He continues to write for screen and theatre and playing the occasional music gig.