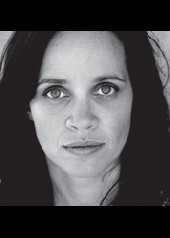 Jada is a First Nations actor, writer and director from the Bardi, Wardaman, Larrakia and Yanyuwa peoples. In 2013, Jada was the recipient of the Balnaves Foundation Indigenous Playwright’s Award. Their debut work, Brothers Wreck was first produced in 2014 at Belvoir to critical acclaim. It received a nomination at the 2014 Sydney Theatre Awards for Best New Australian Work, a nomination for the Nick Enright Prize for Playwriting at the 2015 NSW Premier’s Literary Awards and a nomination for Best Stage Play at the 2015 AWGIE Awards. In 2016, Jada was awarded the inaugural Mona Brand Emerging Writer Award.