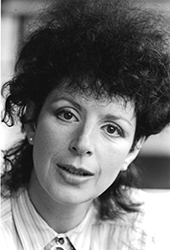 Margot Hilton is a British-born Australian writer who also writes under the pen name of FF Piano.

She graduated from the University of Leeds with a B.A. Honours in English and an M.A. in Drama & Theatre Arts. She then worked in the U.K. as an actress & director of music with the EMMA Theatre Company, the first community-based, touring theatre company to be supported by the British Arts Council.

Shortly after coming to Australia for a holiday in 1974, she was appointed the inaugural Drama Officer for the Victorian Ministry for the Arts, then worked as a Publicity Manager for Angus & Robertson Publishers, a script writer for Reg Grundy TV Productions on the Young Doctors show, a segment producer, script writer & presenter for TV Channel 10, the Executive Secretary to the Victorian Premier’s inaugural Literary Awards, a writer and producer for the ABC Radio Comedy Unit and as a Project Officer for the Literature Board of the Australia Council. She joined the Sydney Jewish Museum as a volunteer guide and writer in 1998.

She was the Executive Officer of the Australian Society of Authors (ASA) during the 1980s after which she was elected to the ASA's Board of Management in 2004, subsequently playing an active role in the Society’s affairs for decades.