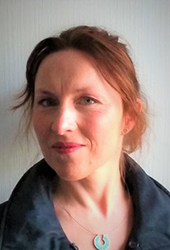 Australian Irish writer and published playwright Lisa Dowling Scott was identified as an Emerging Writer and commissioned to write a short play for Breaking Bread Theatre in NSW, Australia. Following a sell-out season, her play, was selected to perform at the Mount Tomah Festival in 2017. Lisa was again commissioned in 2018 to write a piece for the Breaking Bread production Eating Pomegranates. This work was developed with support from Joan Sutherland Performing Arts Centre and the Blue Mountains Cultural Trust and ran in March 2019.

Lisa is currently contracted on a screenplay for Ambient Entertainment, Australia. Lisa is a cowriter on screenplay Poor Flamingo’s which is currently with Canadian production company Storybird Films. Her performed plays include Soap Sandwiches, Gloria Marvel and the Anaesthetist’s Play List are published by Australian Plays.

Lisa is co-author of Speaking of Blight currently in development with funding support from Creative Ireland. Speaking of Blight confronts constructs of illness in our wellness-obsessed society, and redemptions to be found in the Residence of Nature. The project outcome will fuse myth, essay and animation into transmedia Literary Installation to reach local to international audiences.

Lisa is an Honors Social Science graduate and has worked extensively with marginalised and stigmatised communities in Ireland, Britain and Australia. These experiences have been formative in her artistic and pragmatic understanding of the dynamics of people and society. Her writing is driven by reflection on the function of bodies and nature, conflict and consensus in social life and the resulting humor, darkness and kindness that emerge between sexuality, family, culture, memory, meaning, mythology and nature in place.