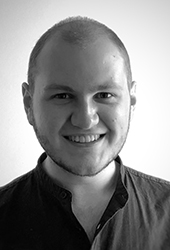 Callum McLean is an award-winning playwright and performer. His first commission was as part of ATYP’s Voices Project 2016, as one of ten monologues chosen to complete the production. His monologue Changing Room was performed at Studio 1, the Wharf in February 2016 by Moreblessing Maturure, directed by Iain Sinclair. The monologue was described as a “standout”, “strong and provocative”. He later adapted the monologue for ABC Radio National as part of their Pocketdocs program, again performed by Maturure. Callum received commendations in the Flinders University Young Playwright’s Award for two of his unproduced plays; in 2010, for Call Me Lolita, and in 2013 for The Pink Elephant. He later won the award in 2017 for his queer one-act play The River, which was developed with the State Theatre Company of South Australia with director Teddy Dunn. In the same year, the short film Don’t F*** With Mother which he wrote the screenplay for won Best Film at the Adelaide 48-Hour Film Project. Callum was nominated in the Express Media Awards for Best Piece Published in Buzzcuts.

Callum completed his Bachelor of Creative Arts (Creative Writing), with Honours, at Flinders University in 2015. He has worked with Nicki Bloom and Lachlan Philpott under ATYP’s Fresh Ink and National Studio programs respectively. He’s currently based in Sydney, working with the Sydney Gay and Lesbian Mardi Gras and part of Merrigong Theatre Company’s Playwright’s Program.