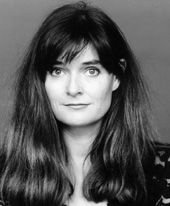 Hannie Rayson is the author of fourteen plays. A graduate of Melbourne University and the Victorian College of the Arts, she has an Honorary Doctorate of Letters from La Trobe University. Her plays have been performed throughout Australia and overseas, in English and in translation. The plays include: Mary, Room to Move, Hotel Sorrento, Falling From Grace, Scenes from a Separation (co-written with Andrew Bovell), Competitive Tenderness, Life After George, Inheritance Two Brothers, The Glass Soldier and The Swimming Club. Hannie has been awarded two Australian Writers’ Guild Awards, four Helpmann Awards, two NSW Premier’s Literary Awards and a Victorian Premier’s Literary Award as well as the Age Performing Arts Award and The Sidney Myer Performing Arts Award.

Hannie made playwriting history when Life After George was the first play to be nominated for the Miles Franklin Award. In 2006 and again in 2009 she was shortlisted for the Melbourne Prize for Literature, a prize for a Victoria-based writer whose body of published or produced work has made an outstanding contribution to Australian literature and to cultural and intellectual life.

Her latest play, Extinction, was written with the support of the Manhattan Theatre Club in partnership with the Alfred P. Sloan foundation.