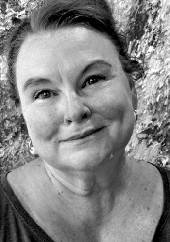 BEATRIX CHRISTIAN graduated from the NIDA playwright';s studio in 1991. Her first play Spumante Romantica premiered at Griffin Theatre Company the following year. She was an Affiliate Writer and then Writer-in-Residence with the Sydney Theatre Company's New Stages.

Her second play Blue Murder was produced at Belvoir Street Theatre in 1994 and Eureka Theatre Company in 1996, and was winner of Best New Play (Sydney Theatre Critics' Circle) and shortlisted for the NSW Premier's Literary Awards.

Other playwriting credits include The Governor's Family, Fred and Faust's House. For the Sydney Theatre Company she adapted Ibsen's A Doll's House and Life is a Dream (Calderon), and co-adapted (with Benedict Andrews) Chekhov's Three Sisters. She also wrote the screenplay for Jindabyne.