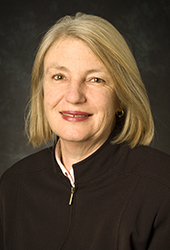 Peta Tait’s Eleanor and Mary Alice about Eleanor Roosevelt meeting with Mary Alice Evatt was last staged in 2018 at Sydney's Seymour Centre (Currency Press 2018). Mesmerized, co-written with Matra Robertson about Charcot and his patient, the hysteric Augustine, was staged in Brazil between 2010 and 2012 in an arts-funded Portuguese translation, Retrato de Augustine (Portrait of Augustine). Other productions and playreadings include: Tree Bones produced in the 2019 UNESCO Cities of Literature Short Play Festival in Dunedin: Deception River, produced in the 2008 Manawatu One-Act Playwriting Competition, and S_old. A graduate of the NIDA Playwrights’ Studio, Peta worked as dramatist with the Sydney-based, The Party Line during the 1990s on Australia Council-funded performances, Appearing in Pieces 1993, and Whet Flesh1998, and on the award-winning 700 Positions 1996. Breath by Breath, co-written with Matra Robertson about asylum seekers is published by the Australian Script Centre. Peta is a Professor of Theatre and Drama at La Trobe University and a widely published author of books and articles, and she was elected to the Australian Academy of the Humanities in 2013.