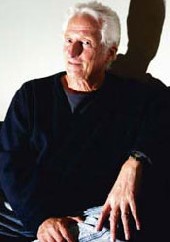 Henry di Suvero has written three plays about the Palestinian dispossession. 'Crescent Moon, Yellow Star' asked the question 'Why do the Palestinians have to pay for the Holocaust?' It was produced at the Belvoir St Downstairs Theatre in January 2005. 'The Ballad of Rachel Corrie', about the American student pacifist who was killed by an Israeli bulldozer while protesting a home demolition, was produced in Sydney in October 2005. 'The Refusenik', about the movement of Israeli conscripts refusing to serve in the Occupied Territories, has not yet been produce.