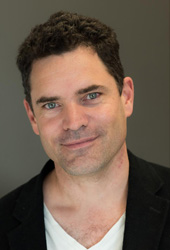 Tim Bosanquet is a Sydney-based writer who graduated from the Australian Film Television School in TV Producing in 2001. He has worked as a producer for a number of TV and radio stations (Channel 9, Channel 7, ABC and SBS).

Meet The Candidates was also broadcast as a radio play on ABC Radio National's Airplay in September 2005 and August 2010.