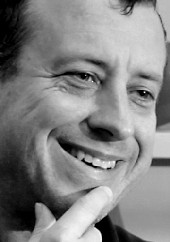 Tom Wright has been involved in Australian theatre since the early 1990s. In that time he has written or co-written a number of plays or adaptations, including The Trial, Ghost Train and The Operated Jew, as well as Babes in the Wood. Widely respected as a dramaturg, actor and director, he is currently Artistic Associate at Sydney Theatre Company. His most recent work is The Lost Echo based on Ovid's Metamorphoses, which he co-wrote with Barry Kosky.