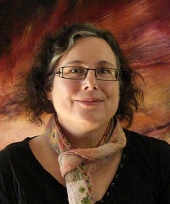 Catherine Zimdahl's plays include Clark In Sarajevo and Family Running for Mr. Whippy. Both plays have been produced around Australia. Clark In Sarajevo won the 1998 Griffin Award, the ANPC New Dramatists' Exchange and the 1999 Louis Esson Prize of the Victorian Premier's Literary Award.

Catherine is part of the 7-ON playwrights' group, along with Donna Abela, Vanessa Bates, Hilary Bell, Noelle Janaczewska, Ned Manning and Verity Laughton. Their web blog can be found at http://sevenon.blogspot.com/