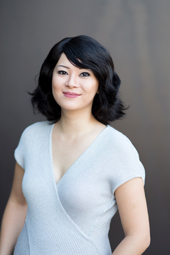 Michelle Law is a writer working across print, screen and stage.
She is the co-author of the comedy book Sh*t Asian Mothers Say, and has had her work anthologised in books like Women of Letters and Best Australian Comedy Writing. She is a regular contributor to Australian literary journals and magazines, and has written for the Sydney Morning Herald, Daily Life, Frankie magazine and the Griffith Review.
As a screenwriter, she’s received an AWGIE award for her interactive media work and had her films screened on the ABC and at film festivals locally and abroad.
In 2016, she won the Queensland Premier’s Award for Young Publishers and Writers. Her debut stage play Single Asian Female was performed at La Boite Theatre Company in 2017 to sold out audiences. It had a second run at Belvoir St Theatre in 2018. Homecoming Queens, a web series that she co-created, co-wrote and starred in was the first commissioned series for SBS On Demand.