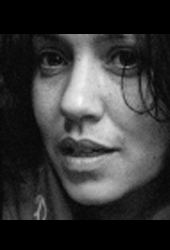 Kavisha Mazzella an ARIA award winning singer songwriter based in Melbourne, Australia. She has worked on many deckchair shows, notably Fleets of Fortune, Ballad of Lois Ryan, John Boyle O’Reilly, Emma, Waterfront Women and Luna. She has also played at the European Broadcasting Union Music Festival in Miskolc, Hungary, the Australia Festival in Dublin, Ireland and performed in Women in Voice 10, Brisbane. She has directed choirs such as the Italian women’s choir La Voce Della Luna in Melbourne and has won a number of awards, including the 1997 Green Room Award for Musical Direction of Emma, an ARIA for her CD Fisherman’s Daughter (ABC/EMI) in 1998 and Best Female Artist at the Global Music Awards in Thredbo in 2000. Her music can be found at www. kavisha.com