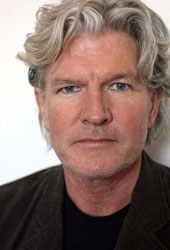 Tim Finn is a singer and songwriter. He was a forming member of 1970s and 1980s New Zealand band Split Enz and a temporary member of Crowded House in the early 1990s. His first solo album, Escapade, was hugely successful and he went on to release seven more records under his name, most recently The Conversation. Tim also collaborated with his younger brother Neil Finn on a number of records, including Everyone Is Here in 2004.