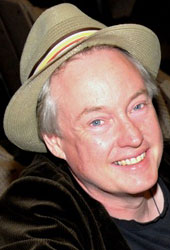 Julian Meyrick is Strategic Professor of Creative Arts at Flinders University. He is a theatre historian and a cultural policy analyst, as well as an award-winning theatre director. Previously he was Associate Director and Literary Advisor at Melbourne Theatre Company, where he was responsible for establishing Hard Lines, a new play development programme.

Professor Meyrick is Artistic Counsel for the State Theatre Company of South Australia. The Retreat of Our National Drama, his Currency House Platform Paper, was launched in May 2014 at the Dunstan Playhouse.