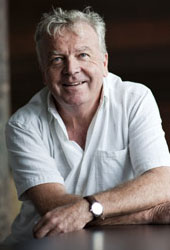 Andrew Ross has been Director of La Boite Theatre in Brisbane, the Melbourne University Theatre Department and Black Swan Theatre which he founded in 1991. He is currently Director of Brisbane Powerhouse. He has directed premieres of a number of significant Western Australian plays including The Dreamers, No Sugar and Barungin by Jack Davis, Meekatharra by Lois Akimovich, Sister girl by Sally Morgan, Bran Nue Dae by Jimmy Chi and Kuckles, Corrugation Road by Jimmy Chi and Plainsong by David Britton. He has directed adaptations of Midnite, Tourmaline and The Merry-Go-Round in the Sea by Randolph Stow. He has taught and directed at the Western Australian Academy of Performing Arts and Victorian College for the Arts. His productions have toured to the UK and Canada and have won a number of awards including a Melbourne Greenroom Award and The Age Melbourne Critics' Award for Best Production.