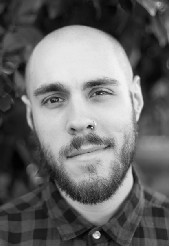 Dan Giovannoni is a playwright and arts educator. He has written plays for adults and children, including the multi-award winning and widely toured Cut Snake (Arthur), Wrecking (Fat Boy Dancing/TRS), and Two by Two (Little Ones Theatre). Dan was a contributing writer on The Myth Project: Twin (Arthur/MTC Neon) and an associate artist with No Show on Shotgun Wedding (Next Wave). Cut Snake won Best Emerging Writer at Melbourne Fringe, was nominated for two Green Room awards, was shortlisted for the Rodney Seaborn Playwrights Award and was recently published by Currency Press.

Dan’s education notes for Cut Snake were awarded Best Education Resource by Drama Victoria. Plays in development include Bambert’s Book of Lost Stories, Mad as a Cute Snake (Arthur) and House. Dan also works as a teaching artist, and has worked with Back to Back, Theatre of Speed, St Martins Youth Arts Centre and AWESOME Arts. He was a Besen Family Artist Program recipient (dramaturgy) at Malthouse Theatre in 2014. He holds a Bachelor of Creative Arts from the University of Melbourne and a Graduate Diploma of Dramatic Art (Playwriting) from NIDA.