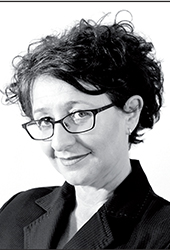 Donna is an award-winning playwright. She has written over 30 original and adapted stage plays for youth, community, independent and mainstream theatre companies, and radio plays for the ABC and Eastside Radio. She has been commissioned to adapt stories in the public domain, develop original narratives, devise works with young or professional performers, create works based on community consultation, and to collaborate with multi-writer teams. Her plays demonstrate her skill at writing in a wide range of performance styles and genres, from heightened poetic drama to absurd and dark comedy. She is especially interested in language-based playwrighting, feminist dramaturgy, and cross-cultural narratives. Donna's play Jump For Jordan won the Griffin Playwriting Award in 2013. Other Awards include AWGIE awards, and the Human Rights and Equal Opportunity Commission Award for Drama.

Donna is a founding member and board member of Powerhouse Youth Theatre in NSW. Donna is also a founding member of the 7-ON playwrights' group, along with Verity Laughton, Vanessa Bates, Hilary Bell, Noelle Janaczewska, Ned Manning and Catherine Zimdahl. Their blog can be found here.