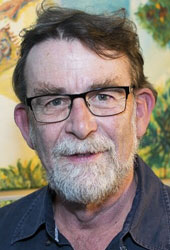 John McCallum is Senior Lecturer in the School of English, Media and Performing Arts, at the University of NSW. He teaches 20th Century and contemporary Australian theatre and drama; comedy and humour studies. He is a Member of the Editorial Board of Currency House; a consultant to the NSW Board of Studies, and Chief Examiner for Drama; and a member of the Board of Studies for NIDA.

For many years he has been a critic and commentator on the arts in academic journals and magazines, and on radio. Since 1989 he has been the Sydney theatre critic for the Australian newspaper. In 1995 he won the Pascall Prize for Critical Writing.