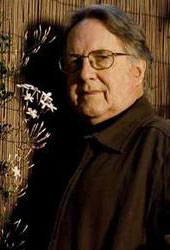 George Ogilvie's distinguished career began almost five decades ago with the Canberra Rep Theatre as an actor. Since then he has established a prestigious list of credits as one of Australia's most talented and diverse directors, working in all mediums; ballet, opera, theatre, television and film.

In 1965, George returned from training, teaching and acting in England and Europe to take up the position of Associate Director with the Melbourne Theatre Company. He was with the MTC for 6 years where he directed some 23 plays whilst continuing his workshop training for actors. During this time he won the Melbourne Theatre Critics' Award three times for Best Director. Following 4 years (1972-1975) as Artistic Director of the South Australian Theatre Company and 12 years as part of the subsidised theatre network, George became a freelance director working with the Australian Opera, the Australian Ballet Company and various Australian theatre companies. His teaching continued during this period with NIDA, the Eora Centre and other drama schools.