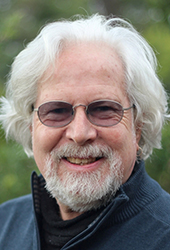 Manny Aston has extensive experience as a writer for Theatre In Education, having over 15 plays professionally produced, and three published. He is best known for his award-winning play for teenagers, Fossils (Currency Press 1995), which is still in print, and has enjoyed popular seasons with professional theatres in Australia and overseas.

Manny has been a lecturer in the field of marketing and psychology for over 30 years, and holds degrees at Bachelors, Masters and Doctoral levels. He lives in Sydney, and is happily married with three children.